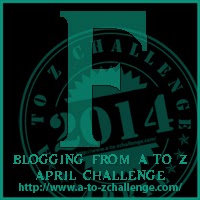 F is for Frost.

You may have guessed by now that I’m kinda fond of the works of poet Robert Frost.  Well, let me tell you a little bit about how that happened…

One day in high school English class, while we were discussing “Stopping by the Woods on a Snowy Evening,” I had a sudden realization: I bet Jason really likes this poem. (Jason is a character in many of my stories now, but at that point, I’d only written one about him.) Immediately following on that thought was one along the lines of, But he probably doesn’t like “Mending Wall.” (Go figure. I could say why he’s at best ambivalent about that particular poem, but it’s my job as his author to make his life difficult, so… Yeah. It’s not walls that are the problem; it’s locked doors, and gates that don’t open.)

When I was a sophomore in college, I got my hands on a complete collection of Robert Frost’s poetry, and I read all of it. (Bit of relevant trivia: His poetry collection North of Boston was published in 1914 — a century ago this year.) After that, images and ideas from all those poems started working their way into my fiction.

This is from my short story “Ice Is Also Great”:

“Tell me, chechaquo — what’s your name?”

She looked at him as if she wanted to ask, “Frost what?” but she didn’t say it.  That was just as well with him.  He had a family name that he could use if he chose, but half his reason for coming to this far world was to stop living in his family’s shadow.

“Frost?” she said.  “Can’t say that it fits you, with that orange hair of yours.”

“Used to be.  My grandfather liked his work.”

In several of my stories, I have people known as dragon-kin (or ‘kin, for short). They are part dragon, as you would guess from the name. (This is not as fantasy as it sounds. I hate to invoke Clarke’s Law, because I think it gets misused — and over-quoted! — a lot, but it makes for decent shorthand sometimes. Think non-instrumentality and genetic manipulation and stuff like that.)  In “Ice Is Also Great,” which is sort of a sequel to Changing Magic, the main character is a young man named Frost, whose ancestry is a mix of dragon, human, elf, and Terran human (that’s people like you, O Reader of my blog), so he’s a bit messed up, poor kid.

For several years, I’ve been putting my uncanny knack for grammar and punctuation, along with an eclectic mental collection of facts, to good use as a Wielder of the Red Pen of Doom (editor). I'm physically disabled, and I currently live with my smugly good-looking twin Paul, who writes military science fiction and refuses to talk about his military service because he can’t. Sometimes Paul and I collaborate on stories, and sometimes I just edit whatever he writes. It's worked out rather well so far. My list of non-writing-related jobs from the past includes librarian, art model, high school teacher, science lab gofer… Although I have no spouse or offspring to tell you about, I do have six cats. I currently spend my time blogging, reading, editing, and fending off cats who like my desk better than my twin’s.
View all posts by Thomas Weaver →
This entry was posted in Uncategorized and tagged A-Z Challenge, characters, inspiration, novel, poetry, short story, writing. Bookmark the permalink.