Interviews with my imaginary friends: Onyx

For this year’s A-to-Z April Challenge, I’m interviewing characters from my and/or my twin’s fiction. Some of them are major characters, some are supporting cast, and some have managed to avoid any page-time (so far). 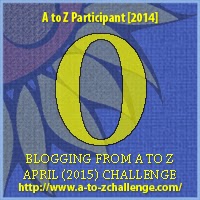 Thomas: You have quite a bit more “screen time” in this most recent novel, compared to the last one. How do you feel about that? Do you like the attention, or would you be more happy without it?

Onyx: I was surprised by how much of a role I’ve had lately, and I suspect you were, too. It felt inevitable, though, considering which of the… human Aurorans I work most closely with.

Thomas: Nice use of dramatic pause to underscore irony. I’m sure no one will think anything of it. [shakes head]

Onyx: Probably not. They never do.

Onyx: Yeah, can’t imagine where I could have picked up that habit… I don’t mind the attention, no. That’s probably a good thing, if the rest of the story goes where it seems to be going. “Storming the castle,” and all.

Thomas: Not literally, I hope.

Onyx: I doubt it, but if that becomes necessary, too… [shrugs]

Thomas: Aside from Em, you’re the only Mo’Ceri I’m interviewing for this series of posts. I’m fairly sure none of my readers — other than LR — have any idea what a Mo’Ceri is. Care to give them a description?

Onyx: Well, not human, but we can look like humans — or just about anything else, within reason — if we choose to. In trueform, somewhat leonine in body, with a face that’s been described as being a bit like a lion’s and a bit like a horse’s or deer’s… Wings. Single short horn. Closer in appearance to the Chinese ki-rin than anything else from your world’s legends, but that’s like saying a Homndruu looks like a centaur.

Thomas: So, not really.

Onyx: No, but some people are more comfortable having something to compare us to, even if it’s inaccurate.

Thomas: I’m interested in finding out what sort of environment made such a form the best adapted.

Onyx: So am I. So tell your twin to write faster. [grins]

For several years, I’ve been putting my uncanny knack for grammar and punctuation, along with an eclectic mental collection of facts, to good use as a Wielder of the Red Pen of Doom (editor). I'm physically disabled, and I currently live with my smugly good-looking twin Paul, who writes military science fiction and refuses to talk about his military service because he can’t. Sometimes Paul and I collaborate on stories, and sometimes I just edit whatever he writes. It's worked out rather well so far. My list of non-writing-related jobs from the past includes librarian, art model, high school teacher, science lab gofer… Although I have no spouse or offspring to tell you about, I do have six cats. (The preferred term is "Insane Cat Gentleman.") I currently spend my time blogging, reading, editing, and fending off cats who like my desk better than my twin’s.
View all posts by Thomas Weaver →
This entry was posted in writing and tagged A-Z Challenge, characters, metafiction, novel, The Fallen, The Madness Engine. Bookmark the permalink.

2 Responses to Interviews with my imaginary friends: Onyx