Sometimes, he reminds his blog followers about SF/F novels he hasn’t mentioned in a while.

Just look at that cover art… Look at it! 🙂 And that’s a low-resolution version. The actual book (print or digital) looks even better. 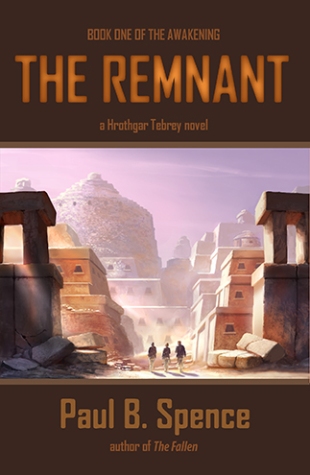 The planet Cedeforthy hides dark secrets, some far older than the human civilization there. After the disaster of his previous mission, Lt. Commander Hrothgar Tebrey finds himself assigned as military attaché to an archaeological expedition, with orders to assess any artifacts discovered for potential use in a war which the Earth Federation is losing. Then someone — or something — sabotages the expedition…

There’s a sequel, too.

Lt. Commander Hrothgar Tebrey returns to duty on the eve of interstellar war, hunted across the Earth Federation by the hellish Theta entities that want him dead and are willing murder entire worlds to make it happen.

The war grinds on, but dark forces move behind the scenes, intent on unleashing a terror that has already spread beyond Hrothgar Tebrey’s universe. Meanwhile, Tonya Harris stumbles upon an Engine, a weapon that must never be used but already has been. Loyalties will be tested, dark pasts revealed, and the enemy will strike a blow at the heart of the Concord from which it may never recover.

WordPress doesn’t like us posting links directly to Amazon, but you can go here, to the author’s website, and get the links from there. He also has two FREE short stories you may like, from the same setting.

Those three are science fiction, but what if you’re more of an epic fantasy fan?

In Siege of Daylight: Book One of Light, Dark & Shadow is an epic fantasy with richly developed characters and a strong debut for a promising new series. Calvraign, the hero of the tale, is an apprentice to the king’s bard. His studies are filled with prophecy, romance, mythic enemies, and magic, and he contents himself with such fantasies until the day that he is suddenly called to the capital city. His best friend Callagh, the most skilled huntress in their village, senses something isn’t right with Calvraign’s hasty summons and follows him. Her instincts prove true, as his arrival throws the king’s court into chaos, and the two are abruptly torn from their simple country life and plunged into the real-life version of Calvraign’s tales.

You can find more about this novel (and a link to Amazon) here.

(I have a t-shirt with the cover art from In Siege of Daylight on it. I want a poster-sized print of the cover art from The Remnant. And action figures of several of the characters, but we can’t have everything our geeky hearts desire…)

For several years, I’ve been putting my uncanny knack for grammar and punctuation, along with an eclectic mental collection of facts, to good use as a Wielder of the Red Pen of Doom (editor). I'm physically disabled, and I currently live with my smugly good-looking twin Paul, who writes military science fiction and refuses to talk about his military service because he can’t. Sometimes Paul and I collaborate on stories, and sometimes I just edit whatever he writes. It's worked out rather well so far. My list of non-writing-related jobs from the past includes librarian, art model, high school teacher, science lab gofer… Although I have no spouse or offspring to tell you about, I do have six cats. (The preferred term is "Insane Cat Gentleman.") I currently spend my time blogging, reading, editing, and fending off cats who like my desk better than my twin’s.
View all posts by Thomas Weaver →
This entry was posted in Uncategorized and tagged Gregory S. Close, In Siege of Daylight, Paul B. Spence, reading, The Fallen, The Madness Engine, The Remnant. Bookmark the permalink.

2 Responses to Sometimes, he reminds his blog followers about SF/F novels he hasn’t mentioned in a while.